A PROGRAMME which has saved thousands of jobs in the motor sector is to receive a financial boost to the tune of €70 million, the government has announced.

The Federation of Automotive Dealers, Facunauto, reveals the Efficient Vehicle Incentive Programme (PIVE) has preserved 13,200 motor industry jobs and saved the government over €142 million in unemployment subsidies in the past year.

Finance minister Cristobal Montoro announced that more €70 million will be allocated for the next round of PIVE, following the success of the previous round in the summer.

He told the press he was ‘surprised’ by the popularity of the programme, which enables drivers to trade in old vehicles for heavily discounted new, more efficient models, but explained that the motor sector “needs continued support from the Government.”

The automobile sector is one of the key motors for the growth of our economy. These incentives are inverting the downward trend of the Spanish economy and strengthening the market,” he said.

So far, PIVE has received €220 million. Although the sales sign still figures slightly negative (-1,6%), the various stimulus plans already reversed the downward trend, with the car sales jumping to an increase of 28.5% in just one year.

The new incentives are due to be approved on November 1, and should be running until the end of the year. 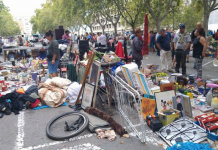 Lockdown fatigue in Valencia as COVID-19 rules flouted at market 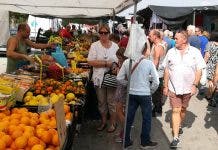 Open-air markets re-open in Costa Blanca from Saturday, but shopping still to be done on your own