1. Costa manhunt after British pensioner was attacked in her own garden

A Scottish couple are being hunted by police after a British pensioner was viciously attacked in her own garden.

If the summer of 2013 is to be remembered for one thing, it will have to be for the misery and chaos at the Gibraltar border.

3. Spain slams Gibraltar Chief Minister’s claims about ‘police and military incursions’ at the UN
The storm of protest over Chief Minister Fabian Picardo’s speech to the UN last week continues to rumble on.

About 40% of the population lives below the line of poverty in Andalucia.

The shooting of Exodus, the new film directed by Ridley Scott, started today in Tabernas. 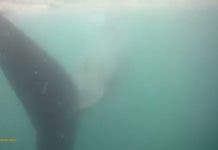