THE government is preparing to sell off one of Andalucia’s most valuable public estates to create a hunting, polo and golf macroproject.

Plans are well advance for the €200m  auction of the enormous La Almoraima estate, near Sotogrande.

The government envisages ‘a Ritz-style’ grand resort, replete with two golf courses, private airport and a hunting zone for the estate, in Castellar de la Frontera.

Despite all parties in the town opposing the development and critics arguing that it would endanger the important environmental values of Almoraima, the sale is scheduled before the end of the year.

Bids are expected to be between €180 and €250 million for the 141km square estate – one of Spain’s largest – which sits largely (90%) inside the Alcornocales Natural Park.

“Here I see a Ritz, a Four Seasons or a Mandarin Oriental, a great resort,” admitted Isabel Ugalde Ruiz de Assin, manager of the resort, since 2012. “There would be no resort in Europe as big as this.”

The plan to sell the estate had first had lift off under the government of Jose Luis Zapatero in 2010.

An existing dozen buildings inside the protected area of the estate would be turned into exclusive lodges for tourists, which could be used for hunting.

The estate, which was expropriated from disgraced tycoon Jose Maria Ruiz-Mateos in 1983, has long hosted hunts of deer and wild boar.

“It will be nothing more than an exclusive hunting estate” said current mayor of Castellar Juan Casanova Correa (IU).

“They want to offer the concept of safaris in Europe. That clients arrive by private jet and head off hunting.

“It is a model that we are fundamentally opposed to. We intend to block it every step of the way.”

While currently on hold, it would have seen 1000 houses and three luxury hotels built in an area of virgin woodland.

You can sign a petition against the plans here. 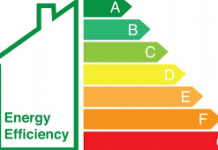 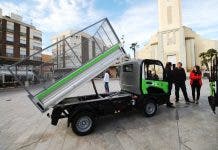 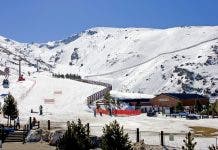