THE GIRLFRIEND of one of Britain’s most wanted criminals walked free from a British court – even though she was found guilty of sending him money while on the run.

Gemma Harvieu, a Selfridges beautician, aided and abetted UK’s Most Wanted criminal Andrew Moran, while he lived in southern Spain.

The gangster’s moll also regularly flew out to see Moran in his Alicante villa where he had been hiding since he dramatically vaulted the dock and escaped from Burnley Crown Court in 2009.

He also managed to avoid capture by Spanish police when he rammed through a road block in his 4×4.

Moran was finally arrested as he sunbathed by his pool with Harvieu in May this year. Police also found guns and drugs in the villa.

Harvieu was found guilty of assisting an offender and money laundering and was given a suspended sentence. She was also ordered to do 300 hours unpaid work. 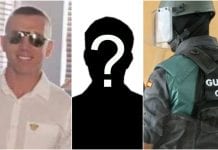 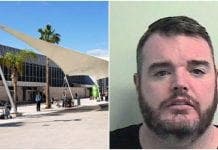 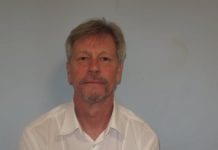