A BOOK advising newly-wed women on how to be “submissive” has become a publishing phenomenon in Spain while outraging feminists who have called for it to be banned.

The polemic book by married Italian author Costanza Miriano titled ‘Cásate y sé sumisa – Get Married and Be Submissive – was published by the Catholic Arbishopric of the southern city of Granada in November and soared up the bestseller list.

The book, which was a bestseller in Italy, preaches a message of “loyal obedience, generosity and submission” on the part of the new wife and offers nuggets of advice for the newly-wed on how to please one’s husband.

The book currently appears at number 15 on the Amazon bestseller list in Spain but has raised the hackles of modern-minded senoras who even staged a public demonstration against the tome, where they tore up copies.

Women’s groups are considering legal action to get it banned arguing that it promotes gender violence.

One passage suggests: “We [women] like humiliation because it is for a greater good.”

Nearly 9,000 people arrested in Spain for gender violence crimes during state of alarm 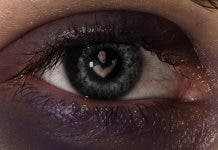