SPAIN’S best loved aristocrat has joined forces to oppose a plan to see skyscrapers rise along the Golden Mile of Marbella.

The Duquesa of Alba has added her ‘displeasure’ towards the scheme that would see up to six 50-storey tower blocks rise up above the coast.

While the mayor has stated officially that the scheme will ‘no longer go ahead’, she has yet to put this into writing, insist critics.

The group, opposing it, Plataforma Marbella Contra Los Rascacielos, has rapidly grown out of a grassroots movement to include a huge group of celebrities, aristocrats and industry figures.

Pablo von Hohenlohe, nephew of Marbella Club Hotel founder Alfonso, warned that until there was a written cancellation of the project, the fight would continue.

The Duchess, who has a beachfront villa in the resort, sent Marbella mayor Angeles Munoz a letter expressing her dissatisfaction with the project, saying it would ruin Marbella’s ‘special ambience’.

“Reconsider your position if you really want what is good for Marbella,” she reportedly wrote.

Well-known socialite Carmen Lomana, who also has a house in Marbella, has also backed the campaign “I don’t want skyscrapers in Marbella. It is an atrocity that we will not allow,” she said.
Baroness Thyssen, owner of the celebrated art museums, is also understood to be opposed to the scheme and sending a letter to the mayoress. 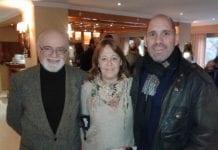 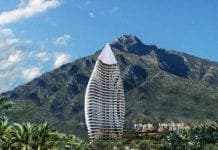 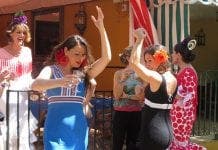 A to F of Seville