WITH its charming mix of Andalucian spirit and international vibes, Nerja is steadily becoming one of the most desirable up-market tourist towns on the coast.

Homes with large terraces and sea views – for those who can afford it – are particularly popular. And with prices at an all time low; there is no time like the present to up sticks and move to this ‘magical’ town.

Christina Bergsten, of Swedish estate agency Fastighetsbyran, says: “We are selling very well, as soon as there is interest in properties they are gone in a flash.”

“Sometimes the best properties are sold before they have even been advertised!”

Certainly things have been hotting up in Nerja recently, agrees lawyer Nacho Escobar.

His company Lex Iuris currently has half a dozen sales going through, some 10% more than last year. “It is excellent news,” adds the lawyer, who covers the entire Axarquia area.

Nerja is free from the concrete high-rises that have helped lower property prices in other coastal resorts, but this does mean buyers must pay more than they would in Torremolinos or Calahonda.

“It holds its prices more than other coastal towns because there isn’t a lot of property and it is a bit special with its low rise buildings, mountains and coves,” adds Zima, who arrived in Nerja with her Portuguese husband 30 years ago.

Those buying property in Nerja, Frigiliana and Torrox have been predominantly Scandinavian over recent years, although more recently many British people have been returning to the market.

Escobar from Lex Iuris agrees. “The British are definitely coming back after seven years away.”

Nerja’s particular appeal is not only in its multitude of coves and beaches backed by cliffs and not a main road, but by the friendliness of its Spanish residents.

“Nerja is also beautiful, it has the Andalucian style and is very charming,” adds Bergsten, who has lived in Spain since she was seven and moved to the Axarquia 20 years ago.

“Expats are lured by the appeal of skiing in the Sierra Nevada in the morning, then sunbathing on the beach later that afternoon.”

And Fastighetsbyran, who have ten offices across Spain, have been operating in Nerja since September 2011 and receive most clients through their website and property fairs in Sweden.

Linda Maria, from Carlisle in Northern England but has lived in Spain for 30 years, added: “I have seen Nerja grow from 12,000 people to 25,000 people registered, and there are many more that need to register.”

“The town draws really cultural and professional people. It is a great mix and I am very happy here” 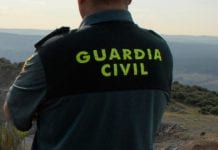 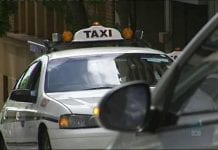