BENALMADENA’S Sunset Beach Club is the latest enterprise to jump on the ‘Happy’ copycat video bandwagon.

The hotel’s entire team demonstrate their mean dance moves in a promotional video filmed to the sounds of Pharrell Williams’ contagious summer hit.

Pineapple lobbing, synchronised scuba-diving and friendly handcuffing are all on display in the three-minute YouTube video which has received nearly 2,000 hits.

The catchy tune has spawned global copycats from Tunis to Tokyo. Marbella Mayor Angeles Munoz appeared in another Happy video in March, featuring the resort city’s best-known faces and landmarks. 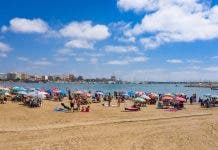 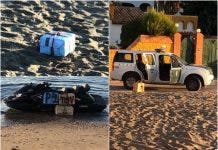