IN southern Spain’s real-estate market, the hot topic of conversation among property professionals is whether, and how best, to regulate the business of being an estate agent, to benefit clients and businesses alike.


Of late, a number of professional real-estate bodies – especially AEGI, the Andalusian Property Management Business Association – as well as colleagues who are involved in every aspect of the property business on the Costa del Sol have been debating the merits of regulation in the regional real-estate marketplace.

According to CEPI, the European Council of Real-Estate Professions, 15 of the 26 member states in the EU, including neighbours like France and Portugal have some form of regulation but, with the notable exception of Catalunya, Spain is not on the list. AEGI were instrumental in passing a new law in 2010 that regulates the industry in Catalunya, via an official register, and is now hoping to introduce similar legislation in Andalusia.

AEGI’s recommendations include: deposits guaranteed by professional insurance, registration and identification of officially approved agents, and formal training or minimum academic requirements. The goal is to create stable jobs, contribute to economic growth, professionalise the sector, and curb uncontrolled and even illegal activity. The regional government, the Junta de Andalucía, would be responsible for overseeing rules are followed.

It is clear regulation would benefit not only for clients, but also legitimate real-estate businesses by combatting fly-by-night ‘agents’, armed with little more than a telephone, a website of copied-and-pasted listings, and a desire to make a quick buck. Although many of the shadier characters in the sector were killed off by the crisis, as prices and interest begin to pick back up, they seem to be coming back to the market.

There is also the larger problem of policing the internet. A client recently asked why we were listing a house at a higher price than another agent found online. I had never heard of them and could only find a mobile number on their website. A subsequent call to the owner revealed the ‘agent’ had never been instructed and the owner was furious his property was advertised as a distressed sale.

The only way, of course, regulations are ever effective is by putting money and resources behind them, something still to be seen if the Junta is willing and flush enough to do. A recent report by the Which Consumer Association on property industry regulation in the UK is particularly illuminating: “The Estate Agents Act obviously isn’t working and most agents we looked at weren’t even following the basic provisions of the law.”

In the absence of regulations, for now, I’d suggest clients simply use common sense. Start by asking friends to recommend agents and other advisers with whom they have had a good experience and use the internet to carry out background checks. Good judgement, although essential, is something some people sadly seem to leave at home when they come to Spain, which s why some form of regulatory control is essential.

A final word of advice to anyone getting off the ‘plane in Malaga this summer, looking for a place in the sun: everyone you meet is a potential estate agent. Lawyers, financial advisers, restaurant owners, receptionists, gardeners, bankers and even dentists… They all know someone who needs to sell in a hurry, are offering a once-in-a-lifetime bargain, most likely with stunning sea views thrown in. They’re all on the take. If it sounds too good to be true, it probably is. Take it from me; I’m an estate agent. 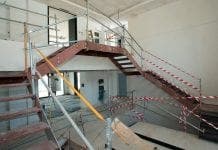 How to choose a builder? Chris Warren of Renson Management tells Terra Meridiana everything you need to know 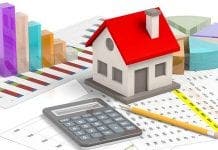 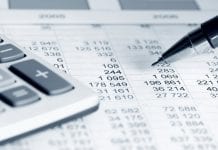 All you need to know about Spain’s ‘patrimonio’ wealth tax