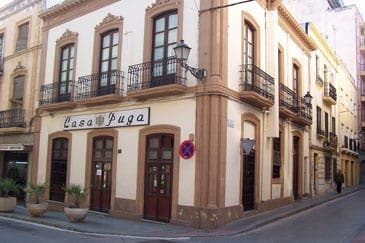 MORE than 2,000 people are campaigning to save Almeria’s ‘most famous tapas bar’.

People from across the world have joined a Facebook campaign to save Casa Puga after the owners announced that a rental laws changes will force them to close up by March.

Organiser of the ‘Salvar Casa Puga’ campaign, Agustin Cruz, said he is hoping to gather enough support to have Casa Puga declared a ‘place of tourist and cultural interest’.

“It will be very difficult to do,” Cruz said. “But we have to try.”

“So far the support has been amazing. Since we published the sad news about closing we have not stopped receiving messages of support.”

Run by brothers Leonardo and Jose Lopez, the bar has been open for more than a century.

New rental laws which came into play in January put an end to a 30-year rent cap which protected independent businesses in Spain.

Landlords can now effectively increase rents by up to 1,000%.

Industry experts have said 100,000 stores, bars and restaurants are ‘at risk of closure’ across the country resulting in thousands of job losses.