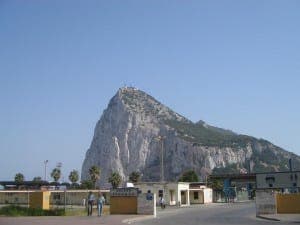 officially open again to the public.

On February 5 1985, after 16 years, an emotional crowd gathered on both sides to celebrate the re-opening.

It was in 1969 that Dictator Franco closed the border, meaning the only way the two sides could communicate was to shout to each other through the Spanish border gates.

Many thought his death in 1975 would signal the end of the border closure, but it was actually another ten years before passage between the two sides was again possible.

And, as any local will tell you, the border still runs far from smoothly.

However, Chief Minister Fabian Picardo issued a rousing speech in Madrid last week, denying a ban from the Spanish government.

He had been due to participate in a debate at the New Economic Forum until Jose Manuel Garcia-Margallo, the foreign minister, cancelled the event.

But instead of backing down, Picardo arranged to deliver his planned speech at the Palace Hotel where they were staying.

“The times are a-changing,” he announced, quoting political-activist singer Bob Dylan. “If Obama can do it with Cuba, isn’t it possible that an agreement can be reached on Gibraltar?”