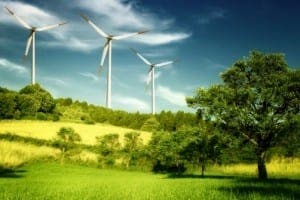 ONLY one Spanish company made it on to this year’s list of the 100 Most Sustainable Corporations in the World.

The Madrid conglomerate Acciona was included on the list – announced at the World Economic Forum (WEF) in Davos, Switzerland – which features companies from around the globe.

The United States dominated with 20 compa­nies on the list, while Marks & Spencer and BT were among 11 UK companies included.

Over 4,000 companies were analysed in relation to their ‘social responsibility’ and ‘economic sustainability’.

A spokesman for the WEF said Acciona were rewarded for their ‘continued commitment to the reduction of CO2 emissions’.

In 2013, Acciona was named as the second ‘most sustainable utility in the world’ by green magazine, Corporate Knights. Dedicated to civil engineering, construction and infrastructure, its major projects have included the Europa Tower in Madrid, the Ting Kau Bridge in Hong Kong, the Alqueva Dam in Portugal and the futuristic Reina Sofia Palace of Arts in Valencia.