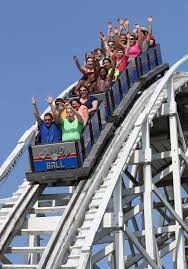 WE’RE into the second month of 2015 already and it seems the new year is carrying on where the old one left off: with plunging oil prices, a strengthening of the US dollar and sterling against the euro (which plummeted after the Swiss removed the cap on their euro exchange rate), and now Greece voting in the ‘far left’ Syriza party to renegotiate the EU bale-out.

The other big news is quantitative easing for the Eurozone, as announced by the European Central Bank, which will introduce €50 billion per month from March this year through 2016.

Is it any wonder that there is volatility in the markets? And yet, there is an air of optimism too, which has been missing for a few years now.

As we know, it is also general election year in the UK and Spain, so we can expect a lot of political spin on every piece of data that is released and it is likely to become increasingly difficult to sift the real news from the hot air.

The British economy is, however, growing well and even Spain is showing a fragile return to growth, all of which we hope will help to see unemployment reduce. We have already seen this in the UK, with unemployment now below 6%, employment at record levels and an increasing number of jobs available.

However, very low inflation and concerns about deflation conspire to keep interest rates lower for longer – good news for borrowers but not so good for savers, who are finding it increasingly difficult to find a safe home for their money that gives them a reasonable rate of return. This is likely to continue for some time yet.

With the new government in Greece planning to abandon their previous austerity path, it will take some while to see how this may impact other parts of the EU, and in particular the Eurozone countries. Some commentators are already predicting that there will be a knock-on effect, with other countries perhaps contemplating the same thing, but only time will tell.

As always though, when markets are volatile, opportunities are created. In some ways, the thing that hampers fund managers the most is a flat market with little movement in values. Well, there can be no complaints in that regard right now, with lots of movement on a daily basis! But, of course, the skill and expertise can only be judged later when we see who the winners and losers are, as their decisions will be reflected in fund performance.

For the average investor, though, now is the time to look for track record and proven ability to manage money through turbulent markets over the longer term. Whilst it is fair to say that the smaller and more exotic funds offer the greatest potential, they are also typically higher-risk, so careful planning is needed more than ever.