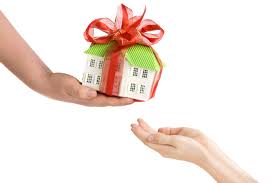 SPANISH lawyers have traditionally warned clients that the cost of Inheritance Tax (IHT) for non-resident heirs, could make all the difference between being able to inherit or not.

It is still a worry, but since the European Court of Justice (ECJ) ruled that Spain’s IHT tax rules – with different rates for residents and non-residents – were discriminatory, the latter are able to enjoy the same allowances residents are ruled by.

Now an EU-resident who inherits an Andalucian estate worth less than €175,000 from parents, children or spouse is totally exempt from paying IHT.

This is no small matter. According to figures provided by Junta de Andalucia, 93% of all IHT tax declarations filed in Andalucía did not require a tax payment – thanks to the new allowance.

Take the average family with a property and two children. If the average price per square meter of property in Andalucia is €1,500 (as recorded December 2014) and the average house size – according to the Ministry of Housing – is just over 105m2 (187m2 for townhouses and villas), it is clear why only 7% of Andalucia’s IHT tax declarations were eligible for a tax payment.

This is great news for more than one reason.

Firstly, it automatically reduces the IHT tax bill on the estate of holiday property owners, as from November 28, 2014 – when the ECJ ruling was effectively implemented.

Secondly, it quells the fear of thousands of homeowners who’ve been bombarded with horror stories of the Spanish taxman slicing into the estate of a deceased Briton, only to offer an illegal tax-dodging scheme to avoid it (mostly foreign based companies and equity release loans).

Of course, IHT will still be an issue for the wealthy, whose inheritors could be hit with as much as 34% tax on estates worth more than €800,000 Euros.

For owners not included in the above 93% contingent, we suggest some degree of planning to minimise – legally that is – the effects of IHT.