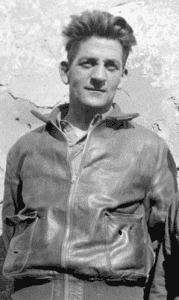 THE leader of the Irish who fought against General Franco in the Spanish Civil War sent dozens of men home to save their lives, according to records released from Russia.

Frank Ryan, from County Limerick, sent 25 of his volunteers home to Ireland before they met an untimely end.

The documents – released by Moscow-based organisation Communist International, or Comintern – give a snapshot of the 230 Irish who fought with the Republicans during the Spanish Civil War, almost a third of whom died.

Researcher Emmet O’Connor, from the University of Ulster, said: “It is to Ryan’s credit that he managed to get about 25 men sent home, and his motivation was based on the very high losses among volunteers he himself had brought to Spain in December 1939.”

Ryan played a vital role within the International Brigades after travelling to Spain in 1936, despite his crippling deafness.

“He had two important tasks: first, to help rebuild the British battalion decimated after the Battle of Brunete in July 1937, and, second, on his own initiative, to get as many Irishmen as possible repatriated if he felt that they had done enough,” added O’Connor.

The Comintern library contains about 60 million pages of documents, the global scope of which creates a unique opportunity to study previously undiscovered details of the war.