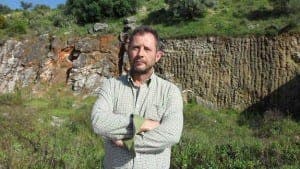 THE ex-mayor of Tolox now faces two years behind bars, as the prosecutor in his Malaga trial has raised the requested sentence.

Juan Vera has been convicted on five counts of urban-planning crimes, after he granted irregular building licences.

These licences effectively gave ‘free rein’ for the construction of homes in areas of the municipality.

The prosecutor in the trial has raised his initial petition for Vera’s sentence from one year to two in the course of the trial, according to legal sources.

Vera stepped down as mayor in October 2014, when he was handed a 15-month prison sentence and was banned from public office for 10 years.

The court has decided that the then leader granted the licences to build on non-urbanised land, despite ‘knowing that without doubt’ they were not legal.

It was declared that the mayor intended to force urban growth in Tolox, ‘with no respect for the existing planning standards’.

The prosecutor has protested a delay of Vera’s prison start date, due to the fact that he already has several convictions and has even more sentences pending against him.