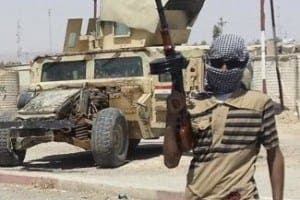 SPANISH police have arrested two more jihadis who were prepared to carry out attacks in Spain.

The men were detained in the north African enclave of Ceuta in connection to four other terrorist suspects who were arrested in January.

Two house are also being searched in connection to the case coordinated by the National Court in Madrid.

Officers previously detained two pairs of brothers, Spaniards of Moroccan origin, on January 24 in connection to a terror cell.

The four were inspired by online messages and identified with the Islamic extremist group ISIS.

“They formed part of a jihadist cell fully prepared and willing to launch an attack in Spain,” a police spokesman said.

“They have acquired a high level of radicalisation and are even prepared to die in committing a terrorist act.”