FORMER King Juan Carlos had a 10-year affair with a German aristocrat, according to a new book about the monarch’s double life.

More than 25,000 copies of Ana Romero’s book Final de Partida (End Game) flew off the shelves on the first day it went on sale.

In the book Romero explains how the ex-king, who abdicated in June 2014, was involved in a romantic relationship with German aristocrat Corinna zu Sayn-Wittgenstein, for the last decade of his rule.

Romero also states how Juan Carlos had wanted to divorce his wife Sofia ‘for a long time’.

“They were a couple pure and simple,” she says.

“The double life which Juan Carlos led over a long period of time was not a double life that has gone well.”

Romero, a former royal correspondent for El Mundo claims the pair met in 2004 and that their relationship came to an end shortly after he stood down as king.

Sayn-Wittgenstein is 28 years younger than the former monarch and is the ex-wife of a German prince.

Juan Carlos gained a reputation for being a womaniser during his rule and was regularly linked to having affairs.

At one point British national newspapers even speculated that he may have had an affair with Princess Diana. 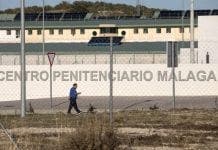