AS a freelance journalist and broadcaster it has been decades since I have had what could be described as ‘a proper job’ or done an ‘honest day’s work’ (ok, many people would count ‘honest day’s work’ and  ‘tabloid hack’ as a screaming oxymoron), but, nevertheless, it was International Workers Day at the beginning of the month.

May 1 marked yet another public holiday – and you can’t beat the Spanish for two things – celebrating public holidays and constructing roundabouts in unlikely places, often overnight…

The thing that really marks out a public holiday in Spain is the supermarkets. Not the fact that they are closed on the aforementioned day, but for the last few hours of shopping the night before.

If you happened to pass by without knowing there was a fiesta, you might be mistaken for thinking that a national emergency had been declared and that households were being advised to get essential supplies in for the impending disaster.

The only time I have seen more pushing, shouting and wailing children than at the checkout of my local supermarket was on the roof of the US embassy during the fall of Saigon, the helicopter evacuation in full swing.

What puzzles me most, however, is that on the day after a public holiday, the supermarkets are yet again full of the same people, again manically stocking up on food.

The thought struck me that the real reason the streets are so empty on public holidays is that the entire population is either busy indoors eating, or sleeping off a massive food coma! 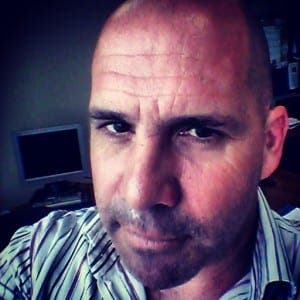 IT’s finally come off. After two and a bit years of sporting a beard, I decided to go clean shaven for the summer.

If you didn’t know, having a beard is a lot of work. Admittedly, the early part – letting my permanent five o’clock shadow grow out  – was simplicity itself but unless you want to go the full mujahidin, with the resultant hassle at customs every time you fly, then you are going to have to do a spot of grooming and styling.

I’ve tried all sorts of looks, from the Robert Downey Jr Goatee to the full Hells Angels Chops, and even briefly flirted with a Three Musketeers-style creation. But all of these require constant cutting, trimming and upkeep.

I even started buying expensive beard oil, so that it didn’t look as if I had a small mammal residing on the bottom half of my face.

But, with the first warm rays of summer I decided that my Grizzly Adams beard had to go and shaved it off. And it’s the easiest couple of kilos that I’ve ever lost!

Bucket brigade: Just when you thought it was safe to go back on the water

THE MADNESS OF WAR: Double tragedy drives home the insanity of conflict

Jorge Hinojosa - 24 May, 2022 @ 10:00
PLANS have been unveiled for the largest artificial beach in Europe which will be located just a half an hour drive from the capital. Permission...