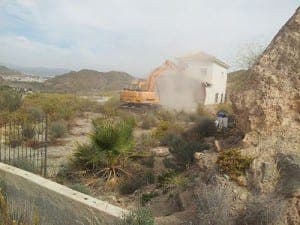 A SPANISH association has joined forces with two British lobbying groups in their fight to change property law in Spain.

AMA, a group made up of Spanish homeowners in Cantabria, has teamed up with expat associations SOHA in the Axarquia and AUAN in Almeria in their battle to protect illegal properties from demolition, when bought in ‘good faith’.

The three associations will appeal directly to the Senate to vote in favour of changing the Ley Hipotecaria (Mortgage Law).

In April the associations were dealt a blow when the Spanish Senate’s Justice Commission vetoed proposals to adjust the law to protect owners of property with planning issues.

AMA president Antonio Vilela Fernandez stressed the need for legislative change ‘to protect those who purchased in good faith’.

According to AUAN, there are an estimated 300,000 illegally built homes in southern Spain.

The Senate’s announcement is expected on May 25.