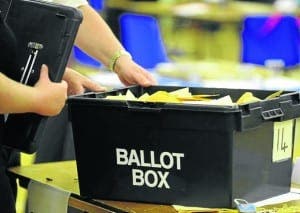 THE people have spoken.

Spain has voted to end the two party system political system which had lasted long past its expiry date.

The Olive Press has not backed a specific party this year, but instead the need for a fresh start in every aspect.

We predicted that 2015 would be a turning point in this country’s history in our 200th issue, and it is turning out to be just that.

New parties have shaken the traditional political shackles off cities like Madrid and Barcelona, while corruption has been given the proverbial finger in Andalucia, with the two main parties losing drastically to rivals and now facing long, drawn-out talks over pacts with their rivals.

Welcome to a new era of Spanish politics.

We hope you’re going to love it.