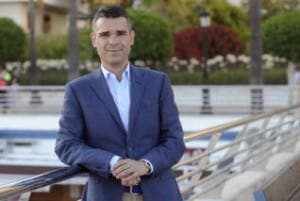 THE Mayor of Marbella is determined to eradicate all signs of Franco and corruption from the town.

José Bernal, a trained historian, is seeking to revise all street names and identify those of ‘dictators or people who have acted against the citizens in any moral, ethical or physical ambit’ that are on show in the town.

He has appealed for help from Malaga University to investigate on what needs to be done.

The mayor has already cited one example, ‘Calle Miguel Cano’, which is named after an aviator who deliberately bombed towns and cities across Spain.

However, Bernal has confirmed that he will respect previous mayors of the town who served under the Franco regime, specifically if they made a positive contribution.

A window in the town hall depicting Franco will also be removed, although it will be conserved as artistic patronage in honour of its Valencian sculptor, Vicente de Espona, who once lived in the town.