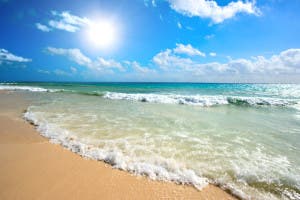 CHILDREN and elderly people across the country are being urged to remain indoors.

The heatwave currently spread across Spain has led government officials to warn its elderly residents, and children, about potential health risks.

Temperatures are so high that 40 of the nation’s 50 provinces are now on yellow or orange alert.

“The excessive heat can harm people’s health, especially if they are elderly, chronically ill or children,” said a spokesman for the national government.

A total of 30 people have already been treated for sunstroke in Madrid alone.

The central town of Toledo is expected to record the highest temperature today, at 41 degrees Celsius.

Nearly all of Spain faced an “extreme”, “very high” or “high” risk of forest blazes on Tuesday, according to the nation’s weather office.