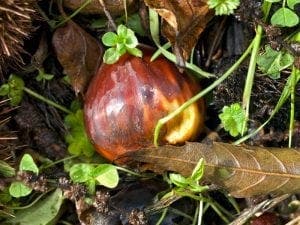 A BAND of environmentalists has called an urgent meeting in Huelva to tackle the region’s worrying chestnut decline.

It is the first meeting of the Mesa del Castanar (Chestnut Forum) in more than three years and underlies the growing concern from local farmers and ecologists.

Head of the forum Jose Manuel Benitez said diseases such as canker disease as well as the threat of gall wasp infestation has left chestnut trees in the province ‘at risk’.

“We must make it imperative that immediate action is taken to prevent the spread of these pests,” he said.

“Protocols should not only help in curbing these diseases, but also in allowing the destruction of affected trees, which only serve to facilitate the spread of these bugs.”

A similar problem has blighted the chestnut crops in the Genal Valley. Click here to read the Olive Press’s investigation into the problem.

ONE FOR HORSE LOVERS: Spain’s Huelva recovers its traditional ‘Saca de las Yeguas’ after two years absence due to pandemic