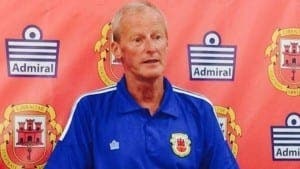 THE hunt for Allen Bula’s successor is over.

Wood – a former goalkeeper for Charlton – has coached amateur team the Gibraltar Lions for the past year.

He has also been recently involved with the Wales set-up, acting as a goalkeeper coach at under 19 and under 21 level.

Englishman Wood said that he wants ‘the world to take Gibraltar seriously given the calibre of player that we constantly produce’.

“This is a fantastic opportunity given that I have been involved with Gibraltarian football in the past,” he added.