APPROPRIATELY named Tesoro (treasure), it is very much a treasure hunt arriving at what is easily one of Andalucia’s most charming places to eat.

High up in the hills between Tarifa and Bolonia, it takes a good deal of wit and guile to continue on the track to the pot of gold at the end of the rainbow.

But it is well worth the trip, with owners Jesus and Juana, creating a genuine paradise overlooking rows of vines and a sea of undulating umbrella pines.

Aside from the fabulous food – including fresh langoustines and a classic ‘retinto’ steak typical of the region – the views over the Gibraltar straits to Africa are impossible to improve.

Back down in Tarifa itself you are spoilt for choice with a string of excellent places to eat.

In particular head to Calle Alameda, where you will find four or five of the finest restaurants on the Costa de la Luz.

Starting from the tourist office downwards you will find the talented father-and-son team of Daniel and Javier, who run neighbouring restaurants La Ternera Mimosa and Lola Mora.

Open for well over a decade, both have a distinctly Mediterranean flavour, while La Ternera Mimosa now has its own charcoal grill, top quality steaks and some amazing artisan pizzas and grilled fish.

Lola Mora is better known for fish and has the prestige of having won Tarifa’s best tuna tapa competition (a tuna tartare in puff pastry with a beetroot salmorejo).

Next door, look out for the ever improving French joint Petit Bistro, which has been refurbished and reborn with a new menu combining owners Veronica Rodriguez and Benoit Mangeon’s favourite influences with the best local produce.

The pair, who started out selling crepes in a backstreet of Tarifa 15 years ago, now regularly turn out some of the town’s most refined dishes.

Expect to try dishes like basil-perfumed gazpacho, as well as his recent tuna salad with mango and beetroot.

If Italian is your thing, then two paces away you will want to check out Trattoria, run by local business magnate Luciano, from Naples.

A long time favourite, with its authentic pizza oven, the restaurant is slowly adapting to the town’s more demanding diners and focusing on finer ingredients, such as boletus mushrooms from Zamora and black truffles from Soria.

The vegetables are mostly organic and delivered each day by Alberto, thanks to Luciano’s fondness for his country’s Slow Food Movement.

Another long-term stalwart is Pescaderia, run by Victor, a former architect from Argentina, who looks like Joe 90 from Thunderbirds – when grafting away in the kitchen with trademark scientist-style glasses.

A massive tuna fan, boss Victor goes out of his way to prize the very best specimens out of the clutches of the Japanese… and is not scared to shell out thousands for the right fish.

“It is vital as our clients absolutely love it,” he explains.

Enjoy the separate tuna menu including a great carpaccio, sashimi and best of all tartare, all washed down by some excellent wines.

If it is beach dining you are harking for then a true chestnut is Bien Estar, right on the beach. It is open all year and claims to be the southernmost restaurant in Europe and has been set up by three friends with over 50 years of catering experience between them.

And in Tarifa, there is yet more with the opening of a new restaurant 7, where there is a wonderful mix of Spanish, international and oriental flavours, thanks to its chef Mourat, who is a half Russian, half Moroccan jew.

Having done his time cooking in Germany, where his wife heralds from, he spent a few years cooking in Andalucia, before opening his own restaurant.

Heading up the coast, if it is Atlantic blue fin tuna you are after, Andalucia’s best place to eat must surely be El Campero, in Barbate.

Here, Jose ‘Pepe’ Melero has catered for celebrities, politicians and fellow chefs for two decades and runs the restaurant with military precision, often serving well over 300 people for lunch alone.

The place has just been through a stylish transformation, while last year it opened a sister restaurant in Zahara.

One place that really must be experienced if visiting Zahara is Antonio’s, one of the best established hotels on the coast.

Sitting on a fantastic white sandy beach, this restaurant is amazing and run with professional aplomb and with easily some of the best fish in Spain.

Another excellent new find is Ventorrillo El Nene, in the strategic town of Facinas, making it the perfect lunch stop for anyone travelling between Tarifa and Vejer or Conil.

Absolutely steeped in bullfighting memorabilia, it unsurprisingly serves up some of the best meat on the coast, with an incredible retinto steak, one of the best I have ever tried.

All cooked by the owners on their outside grill, you dine under bulls’ heads, beside a mock-up bullring and with bullfighting posters all around.

Finally, over in Vejer you will find an amazing mix of good places to eat, including Patria, Corredera 55, Califa and Castilleria. 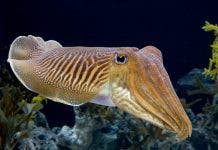