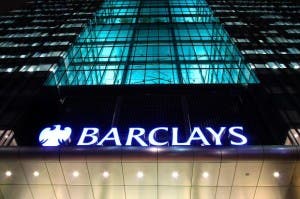 BARCLAYS is selling Portuguese assets to Spanish bank Bankinter SA for around €175 million.

The British bank is offloading its retail banking and wealth investments as well as its insurance arm to subsidiary Bankinter Vida.

Barclays’ share price was up almost 1.5% by close of trading on Thursday.

About 1,000 Barclays staff and 84 branches will move across to Bakinter as part of the deal.

Barclays expects to make a loss after tax of around €275 million on the deal despite a decrease in risk-weighted assets of €2.4 billion.

Barclaycard and the investment arm of the business will continue to operate in Portugal.

The bank was recently taken over by John McFarlane after chief executive Antony Jenkins was ousted.