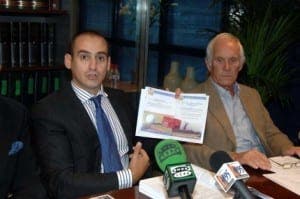 PROSECUTORS and courts of EU countries can receive assistance from one another when investigating crimes thanks to the Council Act of 29 May 2000 establishing the Convention on Mutual Assistance in Criminal Matters between the Member States of the European Union.

This Act supplements the European Convention on Mutual Assistance in Criminal Matters of 20 April 1959.

And it does not cover international police, extradition and customs collaboration, all of which are regulated by other laws, but measures required by courts and prosecutors in preliminary investigation and in court proceedings.

This act has been ordered by Alicante’s Denia Court number 1 in the investigation of alleged fraud in the marketing and sale of mortgage in Spain: the interrogation of the de facto owner of The Rothschild Group, Mr Baron David de Rothschild.

To achieve this, lawyers acting for victims of the Credit Select Series 4 mortgage loan have recently submitted to the Spanish Court a list of questions that Mr Rothschild should respond to, when summoned by the appropriate French Court.

The deposition questions relate mostly to the extensive advertising employed by Guernsey-based Rothschild Bank International, owned by The Rothschild Group, to market and sell Spanish mortgages as scheme to reduce potential inheritance taxes.

Rothschild lawyers have cynically denied any knowledge of the proceedings and refused to collaborate, in spite of their meeting with journalists from El País or when police officers visited the bank’s branch in Madrid to deliver the summons.

On this occasion, the officers were fobbed off by dismissive staff with a lame excuse that ‘he does not work here’.

Mr Rothschild’s attitude is in contrast with his group’s advertised motto, ‘Harmony, integrity, industry’, qualities that are best underpinned by the Denia judge who, so far, seems unperturbed by the stature of the individual.

With courts resuming their activity this week, there will be a mixture of expectation and hope among the victims of a fraudulently-sold mortgage loan who now need to know, sooner rather than later, what Rothschild’s top man has to say.