A MOROCCAN man who roped £500,000 of drugs to a jet-ski before riding to Gibraltar has been sent to prison. 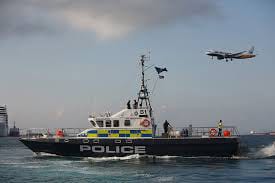 Police gave chase after he was spotted off the east coast of the rock.

Ghezeil cut the ropes off two bales and sped off but crashed into a police boat off Europa Point.

He was arrested and taken to hospital for his injuries.

Ghezeil’s lawyer said he acted ‘out of financial need’ as he was from a poor family and had shown remorse for his actions, learning Spanish and English in prison.