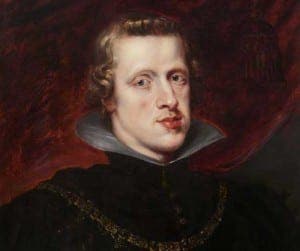 A RUBENS portrait of King Felipe IV is on public view in Madrid for the first time in 50 years.

The privately-owned painting of the 17th century monarch is going on sale and can be seen at the Madrid Ifema Fairgrounds until November 29.

The rare artwork, painted by Peter Paul Rubens in 1628-29, went on the missing list for two-and-a-half centuries after the painter’s death in Antwerp in 1640.

The picture resurfaced in the early 20th century, but has not been shown in public since the 1960s.

Jorge Hinojosa - 9 Aug, 2022 @ 15:45
BUS companies in Andalucia believe that the free train ticket scheme announced by the Spanish government will have a hugely negative impact on their...