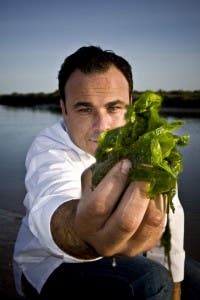 ONE of Andalucia’s top chefs is planning to open two restaurants this year… one of which will be solely run by women.

‘Chef of the Sea’ Angel Leon is set to reopen the doors at the site of his old two-Michelin starred Aponiente restaurant in Puerto de Santa Maria in February.

Under the new name of Chef Taberna del Mar, the kitchen will be led by Leon’s former pupil, Sonia Arjones, who spent two years under his wing in the kitchens of Aponiente. The entire operation will comprise only female members of staff.

Serving mainly tapas and rations, Leon promises a few old favourites will make it onto the menu.

In a separate venture, Leon is also lining up a restaurant launch in Sancti Petri, Chiclana. Launching in March at the Melia Sancti Petri, one of the region’s top hotels, restaurant Alevante will be modelled on Leon’s flagship Aponiente which relocated to an old mill in the Bay of Cadiz last year.