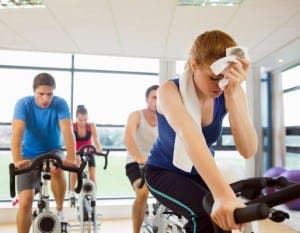 SPANIARDS are digging out their old running trainers and heading back to the gym.

A nationwide push to promote fitness has led to a boom in the sector after six years of decline.

And the industry is predicted to see even greater growth in 2016.

There are currently 4.9 million people signed up to gyms in Spain, according to the EU, putting Spain’s fitness industry in Europe’s top five.

Currently worth €2.13 billion a year, EU forecasters expect the industry to improve by a further 10-20% in the next 12 months, largely due to a recovering economy and a tax hike from 8% to 21% in the sector.

Alongside Spain, France, Germany, Italy and the UK make up 65% of the European gym market, according to the EU report which estimates that there are 4,300 gyms in Spain, providing jobs for 59,000 people.