THE inaugural Olive Press Property Observatory drew together some of the Costa Del Sol’s most respected real estate experts to discuss the market and make forecasts for 2016. 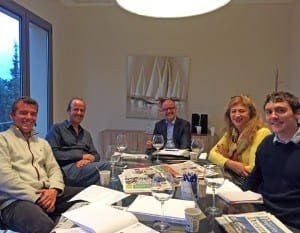 With the Costa del Sol’s property market continuing to grow, our panel of experts, including agents, surveyors and lawyers identified trends for 2016 and predicted possible pitfalls.

MARKET GROWTH AND PRICES FOR 2016

2015 saw growth of five per cent or more in the Marbella and Benahavis areas and prices started going up in the second half of the year. The trend will continue in 2016.

AR: A recent survey said average house prices in Spain have increased 2.9% between December 2014 and December 2015, and by 1.1 % in the last six months. That’s across Spain, driven magnificently by Madrid and Barcelona and it’s positive. Generally, across the board, prices have stopped falling. They are definitely going up in Marbella.

KS: I think prices are going up, but not very fast. Above all, they stabilised in 2015 and it became the year when people stopped asking me ‘When will the crisis stop?’. In the latter part of 2015, prices started to go up. This will continue in 2016.

TDP: Yes, I agree, with prime areas on the Costa del Sol beginning to see distinct shortages of supply it was only inevitable that prices would go up and we definitely saw evidence of this during 2015.

SM: I definitely saw growth of between five and 10% last year and I expect more of the same this year

KS: My figures were similar for sure.

Geopolitical issues such as oil prices, terrorism and a fluctuating world economy have a significant impact on Costa Del Sol buyers.

TDP: Norwegians had been big until 2014, due to their wealthy oil-based economy. Last year, with the oil price collapse, they were largely replaced with Swedes, Danish and Finns. The market from the USA, Canada, the Gulf States and Kuwait remains strong.

KS: I agree. I think America will be a growth area because American funds are buying up big property developments here. One American I have been dealing with is going to take a house in Granada for a year. Quite a few more are sniffing around

AR: The Russians are certainly drying up due to problems with the Ukraine war.

AN: I think with Russians, they want to buy but they can’t. We have certainly had a big increase in French buyers, and the Scandinavian market is huge. The French buy here because of tax. Wealth tax on the Cote D’Azur is horrendous. You are not charged wealth tax on your foreign property.

KS:  There is still a lot of turmoil in the Arab world and they like the idea of of a home in Spain to come to. For this reason I think the Middle Eastern market will be stronger and stronger.

SM: Yes, we have also seen growth from the Middle East and it will continue to be strong. And where I have seen a massive increase – the 3rd or 4th biggest in number of buyers – is the UAE.

CF: I agree. Marbella has long had a Saudi link, so there is Sunni interest, but little from Shia. But it only takes one major terrorist incident and all buyers will have second thoughts.

AN: The British market is also definitely going to remain strong. It has been growing very nicely

SM: Yes, that is definitely the case.

AR:  In terms of British buyers, I don’t think Brexit (the UK leaving the EU) will make a blind bit of difference. What really pushed the market last year has been the exchange rate and prices hitting the bottom.

A ‘megafusion’ between development company Zagaleta and prestigious Valderrama golf course was announced this month, as reported first in the Olive Press online.

AN: It’s fantastic and great for Sotogrande. You are going to get a whole new network of high-end clients looking there, hopefully. It is surely win win for the coast.

SM: Zagaleta is privately funded, which is going to help get more Swiss buyers over.

AN: I think it’s pretty brave of them. They have still got land to develop in the second phase of Zagaleta, so this is a big departure. That said they have had a very good last two years.

AR: I think it’’s very positive news. I agree with Adam, they are looking for more growth down the line, when they’ve sold all their properties. There are only so many people who can buy multi-million villas up there. Will they do it cheaper or similar prices?

AD: The concept of Zagaleta is quite unique. There are country estates that you can’t really regulate anywhere. Madronal doesn’t really have the security, with five different entrances.

AR: Valderrama having the golf heritage is very good.

CF: One issue though is that it will blight areas near the construction for a few years and add competition for sellers of existing properties. 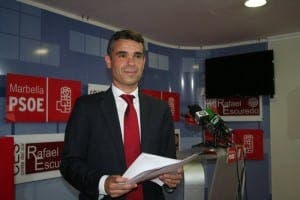 In November 2015, the Supreme Court ruled that Marbella’s 2010 PGOU town plan was to be scrapped. It leaves 16,500 homeowners, whose homes were authorised under a 2010 ruling, in legal limbo.

SM: It is a big mess, but I would say given it is the same political party (the PSOE) in at the Junta and in Marbella, it could take just a year to sort it out.

AN: No way, it will be five years or more. They are going to have to go through the whole process again. They have to revise everything and give the public the chance to debate the changes.

AR: It means the only town plan standing is 1983, it’s ridiculous. The politicians should work harder to get this sorted out. They have to make the whole process a lot more agile. It’s such an important part of the future of Marbella.

TDP: Yes, the PGOU issue has definitely created a great deal of uncertainty, not least, among estate agents and their clients. However, thus far, the banks are continuing to value properties as before and work on the basis that this is an issue that will be dealt with.

CF: Some properties will be paralysed and the bad publicity regarding that will affect some demand. No professional will be able to guarantee that any property younger than 1986 is completely safe. That said, no PGOU in Spain is safe until all appeals have been to the Supreme Court, and that will certainly be the case for Marbella’s new plan.

AR: There is paralysis in the town hall. They are going back to a plan that was drafted 30 years ago.

AN: At least it was a very good plan. There are plots which have more build volume than before and it is certainly fairly green and low rise.

TDP: We have noticed that a lot of the new building is taking place in the prime areas of the Costa del Sol so, on that basis, you would expect very good growth in the areas surrounding Marbella.

CF: Yes definitely… and all the way to and including Sabinillas (Manilva).

SM: If I was a builder I would go to Axarquia.

AR: Yes, the Axarquia. Nerja area is also prime property. It’s the Marbella of the East.

AN: Marbella is a brand that sells around the world; Estepona isn’t. Benahavis isn’t. The problem is that brand has been tarnished to a certain extent by the PGOU ruling and that is going to cause problems. People want to be in Marbella, near Banus, and there’s no land left.

KS: I think modern properties are still very much in demand.

CORRUPTION NOT GOING AWAY

Backhanders and town hall corruption have a long and unfortunate association with the Costa Del Sol property market. it hasn’t gone away yet.

AR:It has got a bit better, I reckon. There are no more brown bags in envelopes.

AN: I agree with Scott, it has not disappeared yet, despite all the horror stories finally coming out in the press. Central Government is going to have to work much much harder to eradicate corruption.

The Olive Press launched a campaign to highlight the practice of lawyers giving estate agents backhanders of up to 20% for working on conveyance deals.

AR: I think the Olive Press campaign is great. It’s an unfair practice that needs to be stamped out.

KS: I agree, and always make a point of saying we don’t want money from architects, or lawyers, or anyone. I won’t take money from these people. It’s their job and they have to do a good job and that’s the end of the story.

AR: I went to see an estate agent and he showed me a pile of lawyers card and said, ‘Would you give us commission?’ I said ‘no’ and he said,’That’s your card at the bottom then’ and put it there’. I walked out. The agency still exists.

CF: You need to also look at backhanders from building contractors to lawyers, agents and especially urbanisation administrators and presidents. Also FX, insurance, advertising companies. It’s only bad if it’s not declared to the end client who is paying for the work.

AN: I’m not a fan of regulation but in this case it is about regulation. You need to create a level playing field. It needs to be stamped out.

ANALYSIS: Why property in Spain is retaining its value

ANALYSIS: Why 2022 should be a good year for Spain’s property market