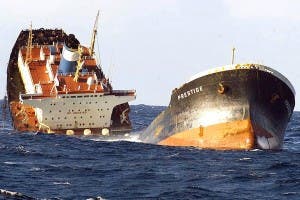 IT was one of the worst environmental disasters in European history, covering almost 3,000km of coastline in oily sludge.

And now there will be justice for the captain of Prestige tanker which sank off the coast of Galicia leaving a devastating 63,000 ton oil spill in 2002.

Spain’s Supreme Court has found the captain, the owner, and the British insurance company guilty of gross negligence.

The court has now sentenced Greek captain Apostolos Mangouras to two years in prison because he sailed in dangerous weather conditions, overturning the original and very controversial acquittal in 2013.

Shipping owner Mare Shipping Inc and insurers The London P&I Club are also liable for the November accident where the ship split in two and sunk after a storm.

The insurers may have to pay up to €920 million. 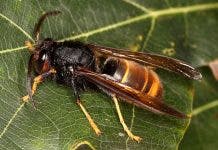 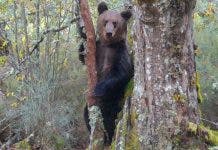