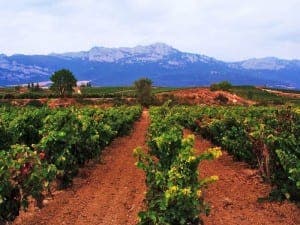 A WAR is raging in Spain’s Rioja bodegas.

The quality control board, controlled by the Government of La Rioja has caused controversy by opening the door to 60 new producers in Alava.

Existing bodegas, frustrated by the fact more producers have been approved, are fighting the decision with the Basque government.

There are more than 500 wineries in the north of Spain, and the Rioja industry generates over 12 million euros a year.