KILLER whales are at risk of extinction in Europe’s waters. 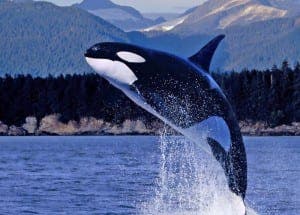 The population of the giant mammal is on the slide in Europe as the continent’s surrounding waters are riddled with poisonous chemicals.

A new study has shown that high levels of PCB chemicals are still being pumped into the seas, despite being banned decades ago, with the Straits of Gibraltar ‘especially bad’.

Zoologists are now calling for tougher regulations for those found to be disposing of man-made PCBs into the seas.

“It’s really looking bleak. We think there is a very high extinction risk for killer whales as a species in industrialised regions of Europe,” Paul Jepson of the Zoological Society of London said.

The study,sampled killer whale populations off the Strait of Gibraltar, Spain’s Canary Islands, Britain and Ireland.

Alex Trelinski - 6 Feb, 2023 @ 18:28
PROSECUTORS are opposing a fresh bail application for ex-Barcelona footballer Dani Alves after he was arrested for allegedly raping a woman at a city...