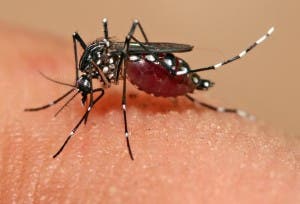 RESEARCHERS are concerned that the Zika virus could be transmitted by the tiger mosquito, common on the Iberian peninsula, which could affect hundreds of thousands of people in Spain.

It is already known that the tropical ‘yellow fever’ mosquito transmits the disease which has broken out in several South American countries.

But there are now fears that Europeans could be seriously affected if a different mosquito type can carry the disease.

Frederic Bartumeus, Catalunya-based research professor, said that if the closely-related tiger mosquito begins to spread the disease, ‘hundreds of thousands of Zika cases’ could crop up around Spain.

“I am sure the tiger mosquito can carry Zika, but we have not seen yet in Europe how efficient it is at spreading it”, he added.

There have already been two cases of the virus in Catalunya, among South American women who contracted the illness during a trip to areas where the disease is endemic.

Zika virus, which can be spread from a pregnant woman to her unborn baby, can produce microcephaly, a serious birth brain defect, and poor pregnancies.