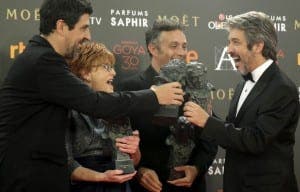 TRUMAN was the big winner at the 30th edition of the Goyas, sweeping up five of the six gongs for which it was nominated.

Three of Spain’s presidential candidates, Pablo Iglesias, Pedro Sanchez and Albert Rivera, were among the star-studded crowd for this most prestigious date in the Spanish film industry calendar.

Kimberley Mannion - 26 Jun, 2022 @ 17:00
ON the first anniversary of the introduction of an assisted suicide law in Spain, we take a look at the facts and figures to...