A GLASS of chilled Alvarinho sipped overlooking the Douro River, was the treasure at the end of an adventure that spanned some of the wildest, most alluring scenery of Spain and Portugal.

After a morning of sightseeing around the cobbled streets of Unesco-protected Porto, we were certainly ready for an aperitif before lunch.

It could have been a glass of the city’s famed port wine, but somehow Alvarinho – from the nearby Vinho Verde region and known as Albarino across the border in Spain – seemed more appropriate at this time of day; its bone-dry, yet honeyed consistency matching the scenery, but not muddling the senses.

A magical place, steeped in a history and not dissimilar to Jerez or Bordeaux, Porto’s wines may define the city, yet they go nowhere near doing it justice.

Porto is indeed, a lot more than its rather cloying, over-sweet vino. A grand, yet easily manageable metropolis that spans one of Europe’s most famous rivers, it is hilly and historic, and civilised and rough-round-the-edges in equal proportions.

Its geography beside the swift moving Douro river, as it approaches the sea conjures up a mesmerising possibility of walks and scenery that combine both urban chic and seaside vistas.

Above all, its people are urbane and hard-working (said to be the true grafters of Portugal), and take great pride and pleasure in offering up the best their city has to offer.

The city destination had continually come up as I looked for a romantic escape, not too far to drive from the Costa del Sol, but far enough away – and exotic enough – to offer up a sufficient wow factor.

Sufficiently exciting in both name and spirit, Google Maps revealed – somewhat surprisingly – that it was just over six hours by car from Manilva. I was sold.

Not only would this combine the concept of a foreign holiday, but it would take in a famous city and offer up some of Spain’s most stunning scenery en route.

Taking our time and looking for the most interesting drive possible, the majority of the journey followed the celebrated ‘silver route’ that winds its way up from Sevilla through Extremadura, Castilla y Leon and finally Galicia.

This was the ancient highway that got its name from the wealthy conquistadores who, having conquered parts of the New World, returned to Sevilla by boat bestowed with impossible wealth upon them.

From here, they returned to their towns and villages – mostly to the poor northern region of Extremadura – with their bags of silver to build grand and lavish mansions.

Nowhere is this more apparent than in Trujillo or Caceres, but equally in the more easily-reached Zafra, where we were to spend our first night.

We had arrived in Zafra mid-afternoon after a straightforward three hour drive from the Costa del Sol. A magical town of just 16,000 inhabitants it tilts around its fairy-tale castle (now a Parador) and a walled city core that yields up two of the prettiest, Medieval-style squares in Spain. Anything, but grand their romantic colonnades, arches and palm trees, were conveniently lined with craft shops and tapas bars. The best La Queseria served up a fantastic mix of goats and sheep cheeses, some hot, some cold, with, appropriately, a good mix of Portuguese wines, to get us in the mood.

Our hotel also stuck to the script, the historic (and appropriately sounding) Casa Palacio Conde de la Corte, went back to the 19th century and sat on its own lovely square.

Full of antique furniture and bullfighting memorabilia, its pretty garden and stunning wrought iron balconies, gave a flavour of the days of the conquistadores.

From here it was an easy three hour drive to Porto, stopping only for a rather bizarre lunch in a strange town not far from the border.

Our return journey got better for scenery as we headed up the Douro river, through the breathtaking inland region of Tras-os-Montes in the direction of Braganza.

Ostensibly to run a rule over Europe’s first hotel opened by the Six Senses chain, it meant visiting the Douro region that produces Portugal’s best wine.

A series of excellent roads, led us through rolling green hills and finally mountains, as we approached the Spanish border.

Crossing at Ciudad Rodrigo, we headed south on the wonderfully empty CL-526 through classic Salamanca province countryside with hardly a car on the road.

Dipping at random off the main road towards a clutch of villages to the east, we eventually found the perfect lunch spot, Bar Reja, in La Encina, which at first gave the sensation that we might have been on the menu.

Tumbling through a wooden door we were met to a packed bar full of 30 men and what may have been two women, all of whom stopped talking and stared at us as we attempted to procure a meal.

Entirely ignored by the barman and his wife, a sullen old crow, we were eventually told that 3.15 was ‘very late’ for lunch, but they would ‘see’ if anything could be arranged.

A full five minutes later, with not a sniff of a cana nor croquette, we were suddenly bundled through a side door into a sizeable meson of a dozen tables and a handful of families merrily eating lunch.

Our table was set and on it were two bottles of Estrella Galicia, a massive hunk of bread and within a minute a flurry of dishes began to arrive and by 4pm I had eaten possibly the freshest, most authentic venta lunch in my entire two decades in Spain.

Original (free range egg in tuna with melted cheese), heart-warming (a cabbage broth), carnivorous (lamb chops, followed by solomillo) and sweet (an odd take on flan), we even had the owners sat down with us by the end, telling us stories of local folklore.

Sad to leave, we ploughed on down into Extremadura, Gods own country, where you are as likely to see eagles and vultures as people.

One big nature reserve and comprising a larger concentration of protected areas than anywhere else in Spain, it is always a delight to travel around.

For the last leg of our trip we had opted for a romantic two night stop in the hilly Vera region of inland Casares, in the foothills of the Sierra de Gredos.

Vaqueria Cantaelgallo was the perfect spot for a winter break with log-burning stoves in every room and thick woolen throws on the beds.

Atmospheric in the extreme, the olive estate couldn’t have felt more romantic with seductive lighting, candles in every room and countless antiques and furniture.

Renovated slowly, nothing had been left to the imagination by owners, interior designer Soledad and Jago, who is part of the important NH hotel group in Madrid.

The couple are very much the life and soul of this place and have their own chickens, geese and even a trio of donkeys, who are a big hit with children.

You can eat dinner here and, best of all, have a bespoke tasting of the finca’s own varieties of olive oil, which come from ancient trees, many hundreds of years old.

It is a lovely region and the local towns of Jaraiz and Jarandilla de la Vera are worth a poke about, while the fabulously sited monastery of Yuste, where Holy Roman Emperor, King Charles V, famously spent the last month of his life.

We were sad to have to leave on the long journey south… to be exact five hours, but hey, this was a week of adventure taking in both rural and urban and plenty of good food and wine to boot and the total driving time had been little over 15 hours. 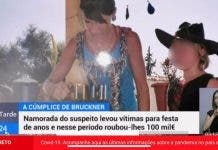