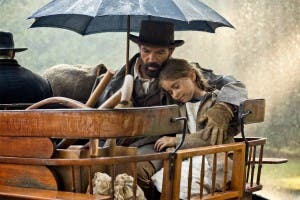 ON the back of a horse and carriage wearing a top hat he looks every bit the country gent.

In a new film out in April, Antonio Banderas stars as the explorer who locates the celebrated Altamira cave.

Hollywood comes to Malaga: Antonio Banderas to direct and star in Spanish version of musical Company