CULT Benidorm performer ‘Sticky Vicky’ has announced she is retiring after 35 years wowing audiences in the package holiday resort.

Her daughter Demaria was expected to continue the shows but has now also confirmed her retirement in order to focus on ‘projects that have nothing to do with sexy magic shows’.

The pair have become huge draws for Spain’s Costa Blanca, with many tourists desperate to experience the unique show.

Their adults-only performance involves extracting objects such as ping pong balls, razor blades and even bottles from their vaginas.

The retirement announcement has been met with widespread sadness on social media.

British Facebook user Amy-Elisabeth Best wrote: “So disappointed. Was going there this summer just to see these legends.”

Another, Derek Smiler, added: “Awwww. Thank yous for the good entertainment over the years and wish yous good luck in life. Vicky you deserve your retirement. God bless.”

Vicky Peyton was born in Tenerife to a soldier father and an opera singing mother.

She came to Spain and worked as a ballet dancer, but when Dictator Franco died many dancers were struggling for work and were encouraged to incorporate nudity into their shows to strengthen the appeal.

“A friend was a magician and he gave me the idea of making objects appear out of my sex, but I taught myself,” Vicky told website the Lad Bible. 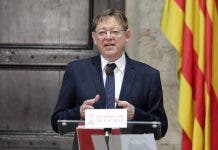 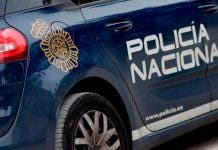