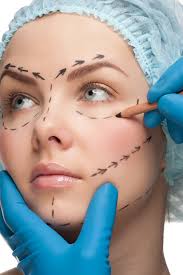 MORE people than ever are jetting into Spain for their botox, boob jobs and tummy tucks.

New figures show the number of foreigners coming to Spain for cosmetic surgery is at an all time high. In fact, last year the health tourism sector grew by 20%, bringing in €500 million.

Industry experts at the Ocean Clinic Marbella expect that figure to break the €1 billion mark by 2020.

And it is mainly the Brits who are driving Spain’s health tourism boom.

“With the pound at a seven-year high against the euro, British health tourists now have more than 15% extra spending power in Spain than they did a year ago,” a spokesman at Ocean Clinic Marbella said. “The benefits of the strong exchange rate come in addition to the already low prices for cosmetic surgery and dentistry in Spain.”

He added: “Cosmetic treatments in the UK typically cost around 60% more than in Spain, but cutting costs does not mean cutting quality of care. Spain has some of the best medical establishments in the world.”

Patients from the Middle East, Russia and America are also taking advantage of the savings to be had and choosing Spain for cosmetic surgery.

And it’s not a bad place to recover, either!