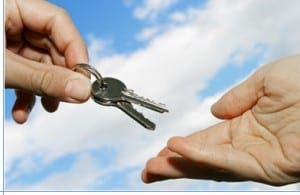 IF you bought to let a Spanish property to offset bills and mortgage fees and you don’t have an extra spare centimo to spend on it, think again.

Andalucía has just confirmed its residential property rental licensing scheme, bringing it into line with the majority of other tourist areas throughout Spain.

As far back as 2011, Barcelona started controlling the rentals of private residential property.

This has gradually spread to all the Costas, with the active backing of the hotel industry which saw private apartment and villa lets as an increasing threat to their occupancy rates.

According to a recent study by HostelTur, private lettings in 2015 accounted for approximately 25% of total short-term rentals in Spain, or more than 7.4 million tourists – an increase of 17% on 2014.

From a health and safety angle, the regulation of sometimes shockingly bad accommodation is a good thing. Provision of fire, smoke and carbon monoxide detectors is good.

But some of the new requirements are crazy, such as stipulating that all bedrooms and lounges must have permanently installed heating/air conditioning.

Apart from the financial outlay, air conditioning is not required in many locations (I’ve lived here for 15 years and neither of my homes had it).

As for heating, why can’t freestanding plug-in heaters be acceptable? Many tourists come from colder climates anyway, and at times when we thin-blooded residents feel the chill, they are still wandering around in shorts and T-shirts!

And many visitors don’t want a hotel holiday for a variety of reasons, cost being one.

Returning to Barcelona, there were so many licences being granted that pressure was brought to bear and they eventually stopped granting them.

Now, those that do have licences are selling at a premium, skewing the property market.

Also, the owners of licenced apartments know there is reduced competition and have increased rental prices to tourists substantially.

Was that the purpose of the legislation?

More troublingly, in the Canaries where there has also been a freeze on licences, the law appears to have stated that only owners of multiple properties can let to short-term tourists.

As a result, individuals with a single property in a building where there are one or more multiple property owners have been held to ransom and forced to sell their own property at reduced cost.

Of course, demanding a licence and then stopping the ability to obtain one is a poorly disguised method of directing traffic towards hotels.

Draconian fines, starting at €1,500, mean that owners and managing agents will not take the risk and multi-listings websites will disappear.

The hotels will raise their prices, as will private owners with licences and eventually, as we’ve seen before, the bubble will burst and tourists will decide it’s too expensive to come to Spain.

Meanwhile, properties that have licences or are suited to obtaining one will have a higher value than those that do not.

So, even if you don’t intend to rent out the property, it’s probably as well to obtain a licence.

For the environment, all this additional hot/cold air conditioning will increase energy consumption and reduce the energy rating of the property.

Overall, I can see it making property ownership in the area more expensive and slowing down the market just as it was beginning to lift again.

Why is it that the phrase ‘killing the goose that lays the golden eggs’ is so often applied to bureaucrats and business people in Spain?

Unfortunately, selfish greed must be part of the answer.

Staff Reporter - 18 Jan, 2022 @ 17:46
A LONG-term British expat has died of COVID at the young age of 52. Father-of-one Andrew Levene passed away over Christmas at Marbella’s Costa del...