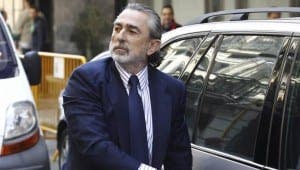 Almost four years after Francisco Correa was released from Madrid jail Soto Real, he has been accepted among the exclusive community of the millionaire’s playground.

Even though Correa must report daily to the San Roque court and present himself weekly at Madrid’s High Court, he attends a €120-per-month gym and dines in Sotogrande’s restaurants.

He has been described by neighbours at his urbanisation Valgrande as a ‘loner’.