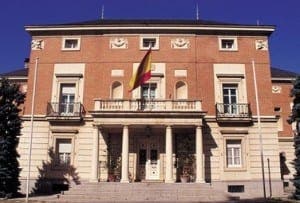 THE Prime Minister of Spain lives in a house worth €156 million, a Spanish property consultant has revealed.

And that’s without taking into account the historical value of the eight-bedroom, nine bedroom pad.

Nuroa.es calculated its worth thanks to the the €2,700 per square metre neighbourhood.

The presidential residence has seen changes with each president: while Adolfo Suarez built a tennis court, Felipe Gonzalez installed a garden, Aznar built a padel court, and Zapatero repainted completely.

Rajoy’s changes have been minimal in comparison.

Property of the week: Historic palace in northern Spain, which played host to royalty and inspired literature