By Rob Horgan and Tom Powell

DURING a decade-long struggle, a 20-storey hulk on a Cabo de Gata beach came to represent everything about Spain’s internal war between the forces of economics, politics and the environment.

The Supreme Court’s decision to – once and for all – declare the Algarrobico Hotel illegal could mark a turning point in environmental thinking.

Following the landmark ruling, it looks likely that ‘El Horrible’ will finally be torn down.

This decision could result in much more than an enormous pile of rubble on a barren beach – it has the potential to kickstart an environmental revolution.

The ruling sends out the message that Spain is putting its wild and wonderful environment above the back pockets of the corrupt elite.

But wait, hang on, haven’t we heard this all before?

A little investigation reveals the Algarrobico is far from the only environmental planning battle being waged, and that there’s a long way to go before we win the war. 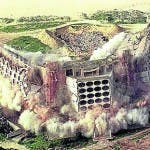 TO demolish an enormous hotel like the Algarrobico is a massive task, but not unprecedented.

In 2002, The Gran Hotel de Atlanterra on the Costa de la Luz in Cadiz was blasted to pieces in a controlled demolition.

The nine-storey megalith had been built by a German company in the early 1970s, but was ruled to have broken environmental protection laws and never opened.

At the time, then Environment Minister Jaume Matas hailed the act as a ‘milestone in the recovery of protected coastal areas’.

“This is an important day for environmental policy in Spain and all the people who spent 20 years fighting and vindicating the recovery of this natural area,” he said.

“This must serve as an example which will follow for the rest of Spain’s coast.”

Only time will tell if the Algarrobico will follow the Atlanterra Hotel and become another humongous pile of debris or kickstart real change. 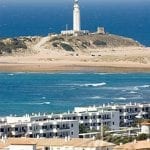 THE Trafalgar lighthouse on the Cadiz coast commemorates an old battle – and now it’s embroiled in a new one.

The public monument, built in 1860, stands in an area of serene natural beauty near Canos de Meca on the Costa de la Luz.

The landmark is a popular tourist attraction, looking out to the very spot where Admiral Nelson’s British Navy defeated an allied French and Spanish fleet in 1805.

Now, 200 years after Nelson’s heroic victory and death, a German firm has been awarded a contract to convert the monument into three luxury holiday apartments, and in the process remove public access.

Floatel is to take control of the 34-metre lighthouse for the next 30 years, and plans to begin renting the apartments as early as this summer.

A group of Cadiz businessmen including long-established expat James Stuart, boss of the Califa Hotel group, filed an official complaint with the Cadiz port authority over ‘irregularities’ in Floatel’s application.

They had hoped to turn the lighthouse into a museum and visitor centre for all to enjoy, a campaign backed by the Olive Press.

But at the moment, the second Battle of Trafalgar isn’t going as well for the Brits as the first. 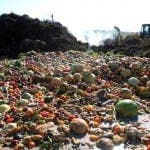 PLANS for a giant composting waste site are being fought by Estepona residents.

Nearby homeowners launched their protest when the town hall approved the project to be built on protected land.

They are complaining that the site infringes on environmental law because it is also less than 2km away from thousands of residential properties.

The protestors have collected over 100 signatures in a change.org petition, and served the town hall and the Junta with a denuncia for breaching environmental law.

The site’s developers, however, insist that the composting site violates no laws and will have no impact on nearby homes.

A meeting between residents, landowners and architects is scheduled for this month, with a decision expected to follow.

AN artificial island home to 180 villas, a luxury hotel and an 18-hole golf course is sending birds sparrow in Extremadura.

The Marina Isla de Valdecañas was denounced by environmentalists as long ago as 2007.

In fact a demolition order was passed by the Supreme Court in 2011, as the island development was deemed to be responsible for a major drop in bird population.

However, the order was suspended when the Junta de Extremadura claimed demolition would cause greater damage to the birdlife than keeping it there. (The €32 million estimated cost of knocking it down was no doubt a factor in the decision.)
Ecologistas en Accion has now submitted a plan to the regional government which reduces the environmental impact of demolition while also cutting the cost. 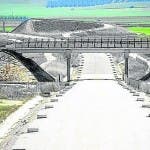 IT is one of the most expensive tracks of railway that will never be used.

Incredibly, some 77 kilometres of AVE rail track was laid between Antequera and Marchena, before the project was scrapped by the European Union.

Costing €279 million, the ‘El AVE ghost line’ was abandoned after the EU slammed it for breaking environmental laws, in particular, for building a viaduct over the protected Los Ojuelos lagoon.

European Environment Commissioner Janez Potocnik demanded that the bridge be torn down two years ago as it disrupts the habitat of key breeding birds protected under EU law.

As of yet, no action has been taken and the AVE line remains a scar on the face of Spain’s wild habitat.

GREEN groups are desperately campaigning to save a pine forest from being turned into a huge battery chicken farm.

Production company Jesus del Rio has applied for permission to upgrade its current premises in Segovia in order to home 228,000 chickens.

However, Ecologistas en Accion claims that the original installation of a 35,000-chicken farm was illegal in the first place.

The group has been campaigning for the removal of the livestock factory since 2007 when 2.9 hectares of the Pinarejos forest were cleared to make way for it.

That, claims Ecologistas en Accion, is almost six times the amount that was authorised by regional government.

The planning office is currently reviewing the expansion request. 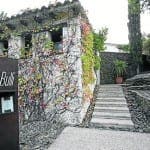 TROUBLE is brewing at the site of what was the most famous restaurant in the world.

Plans to expand former 3-Michelin star restaurant el Bulli into a gastronomic hub took a blow last month, when environmentalists got wind of the plans and kicked up a storm.

They claimed – and the law agreed – that chef Ferran Adria’s plans were a breach of environmental law as el Bulli is located in the Costa Brava’s Cap de Creus Natural Park.
In the face of opposition, Adria has been forced to scale back his expansion plan by 300%.

But he has not given up his dream to create a mega, gastronomical think-tank on the site of his former restaurant.

New – albeit scaled-back – plans for the national park site have been submitted, and Adria is also considering a move to Barcelona.