A BARRISTER is leading the way in improving border relations with Spain.

Charles Gomez has made history as the first Gibraltarian to be appointed an honorary professor by a Spanish university.

Working with the University of Cadiz over the past few years, Gomez is hoping his accolade is a sign of better relations between the neighbouring countries.

Awarded for his work within the faculty of international law in Cadiz, Gomez told the Olive Press he was truly humbled by the award.

“It was a massive surprise for me,” he explained. “Obviously it is great to be personally recognised but the award says just as much about the university as it does about my own achievements.

“The university is a great example of how Spain and Gibraltar can work together through education.”

He added: “The most exciting thing about working at the university, is that they view the region – Andalucia, Gibraltar and northern Morocco – as one place.

“The general consensus is that politics should not interfere with progress and research, especially in relation to international law.”

Gomez, who founded his law firm Gomez and Co in 1988, has been holding lectures on English legal language at the university, as well as other parts of Andalucia for Spanish law students.

He also hosts lecturers closer to home at the Garrison library at different times throughout the year.

Now Gomez, who is regularly involved in high level court cases on the Rock, is confident that the University of Gibraltar will forge closer ties with Cadiz university over the next few years.

In fact, The University of Cadiz has taken a special interest in Gibraltar, holding a lecture on the Rock every year since 1980.

“From next semester I hope to hold lectures at the University of Gibraltar for students in Cadiz,” he continued.

“It would be great to see other Spanish universities team up with Gibraltar in order to share each other’s resources.”

Currently working on two projects, Gomez hopes to publish a paper on the political campaigns since August 2013 and a historical look-back at the political set up on the Rock since the 18th century.

As well as a running a busy and varied court practice and providing advice on all matters of Gibraltar law, Gomez’s company also specialises in conveyancing and property law. 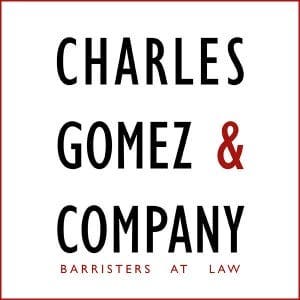 With a department dedicated to property law, Gomez and Co. provides a competitive fast-track scheme to ensure that the purchase, sale or lease of property always runs smoothly.

Serving Gibraltar’s two largest trading companies as well as a number of smaller firms, Gomez also represented the government when the Rock was slandered in Spanish daily ABC last year.