THE USA has confirmed it will not negotiate the nuclear clean-up in Palomares until Spain has a government. 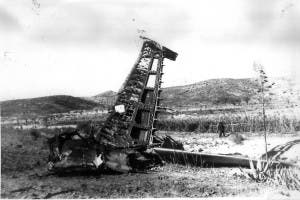 Radioactive contamination from the plane collision in 1966 was not tacked sufficiently and after decades of protests, John Kerry finally agreed to find a solution ‘as soon as possible’ in October 2015.

And the US presidential elections could stall the process further.

The clean-up is thought to cost €640 million which will be paid by both Spain and the USA.