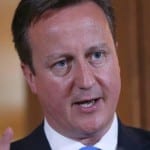 EVEN before plans were announced by David Cameron to hold a referendum regarding Britain’s future in the EU, many Britons who have planted roots in Spain had begun enquiring about the possibility of acquiring Spanish citizenship.

Nationality would afford them the opportunity to skirt the bureaucratic paperwork they would have to endure as a foreigner living in Spain.

The Brexit referendum has many Britons living across the European continent scared about their future.

A political dream by ambitious eurosceptics has turned into a nightmare not only for many of the 1.3 milion Britons living in Europe but also leaders in London and Brussels.

The consequences of a Brexit are not clear but last month the FT reported that more than three-quarters of about 100 economists interviewed believed that the country’s medium-term economic prospects would be affected.

Trade, for the better or worse, would definitely be altered, while many foreign companies may pull out of the UK because the costs of their foreign operations would no doubt skyrocket.

Frequent air travellers to and from Spain will see the price of their tickets rise by more than 40%, according to airline officials.

The days of low cost non-passport flying to the UK may be over.

On the other hand, Brexit supporters believe leaving the EU would give the UK better options for trade with other countries by avoiding current rules set up by Brussels.

What they don’t talk about is the possibility of the EU increasing the prices on British imports as a form of ‘secret sanctions’ to help defray the burden the Brexit would place on Brussels.

There will be no real winners following June 23. If the Brexit is successful, then confusion will set in.

The majority of British voters will go to the polls not really knowing the consequences involved but instead fueled by the passionate speeches of such leaders like Boris Johnson, who has taken aim at Cameron’s call to remain in the union.

After four decades in the EU, Britain cannot afford to gamble on its future as the economy is still weak and the pound’s value lingers against major currencies.

Britons must remain within the EU and reject the Brexit leaders’ discourses. But they also must demand fairer rules from Brussels regarding trade and other important issues regardless of the vote’s outcome.

Kimberley Mannion - 26 Jun, 2022 @ 15:00
AFTER a month that saw Spain in the grip of the earliest heatwave in more than four decades, Madrid city authorities have unveiled plans...