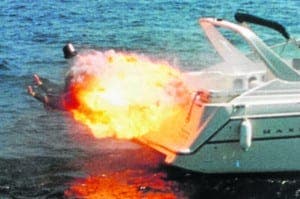 HE has set himself on fire, jumped off exploding speedboats and thrown himself out of high-rise buildings.

Marbella-based Wicke, who has appeared in over 400 films and TV shows, is suing a Dutch expat after claiming he was scammed in a bogus partnership deal.

The 48-year-old German is gunning for Dutchman Jan Herman Brinkman, who he claims took him for a bone-shaking ride.

In a classic costa shakedown, he insists Brinkman’s company Jene Investments owes him thousands after he entered a promised multi-million euro deal to invest in his own film company.

However, he claims Brinkman had no intention of stumping up any money for him and was merely after his own.

“I am absolutely raging,” Wicke told the Olive Press. “I answered an advert in a local newspaper (not the Olive Press) offering investment in projects. Next thing I am thousands out of pocket.” 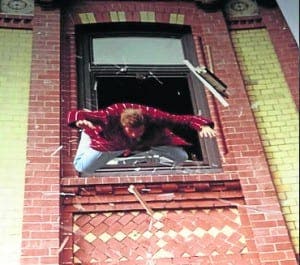 Wicke, who has lived on the Costa del Sol for two years, was hoping to find an investment partner for his company, Movie Television Productions International PW.

Planning to produce a couple of films in Andalucia, he was naturally interested when he spotted the offer of ‘safe and secure’ investment with ‘no results, no payment’.

After three meetings at the end of last year, he claims he was offered a €5 million investment deal from Brinkman and his mysterious ‘business partner’ Jan Te Riet, who Wicke never met.

The plan was to set up a joint company, for which he himself was asked to stump up €10,000 for legal and notary fees.

In the end he handed over €2,500 before he smelt a rat and went to police. 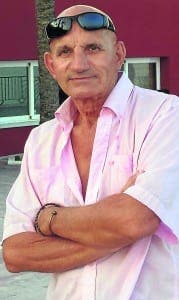 “It is a very clever crime system and has probably taken a fair few people,” insisted Wicke last night.

“I have worked in Hollywood for years and nothing like this has ever happened. If I see him in court I’m not sure I will be able to contain myself.

“This deception has been very conscious and calculated.”

When the Olive Press confronted Brinkman about the case, last night, he declined to answer our questions.